The project aimed at building decent housing for the poor in the city of Goma (North-Kivu).
ABEM has been building 28 housing units whose average surface is 7 m x 5 m (in total 35 sqm’s) of 3 bedrooms and a living room. The exterior and interior walls have been planked with two main doors and three more for the rooms and four windows. The pavement is made of rubble and above the volcanic slag, the dry stones have served as foundation. Corrugated sheets BG 30 have been used for the roof. The project has been carried out with the support of several partners : Association Muungano/Cari- tas-Atelier Muungano, Solidarité Entraide Mutuelle (Solemu), Division provincial des a aires sociales and Fond Social de la République (FISR).

During the execution of the project, the NGO had to cope with the increase of the prices of some of the materials (which resulted to be the di erence between last year’s quotes and this year’s prices).
Each family has levelled its plots, they also participated in the loading and unloading of building mate- rials as well as took part in the construction works. 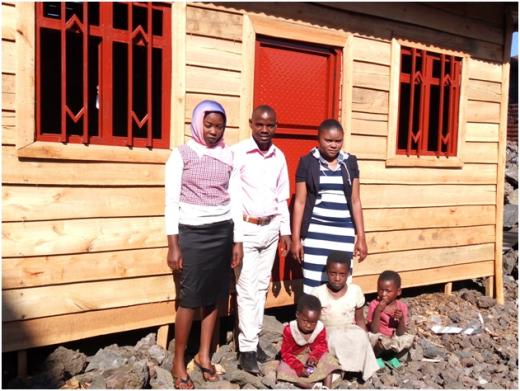 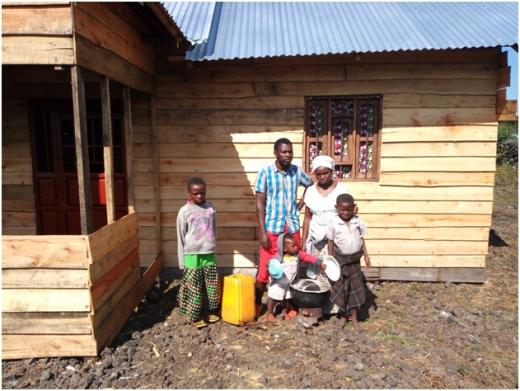 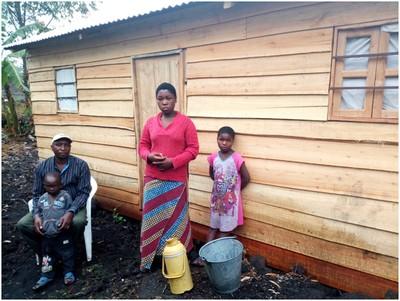 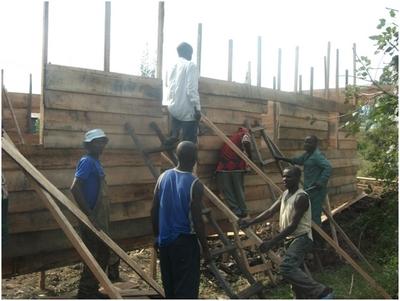