The targeted families have engaged with the Blantyre City Council and successfully negotiated for a reduction of leasehold fees from USD 290 to USD 100, and payable over a period of three months as opposed to once off payments, as much as the project has supported them to pay for their titles. Further, the local community committee has worked with the Consultant to produce individual plot maps, showing individual plot boundaries for each one of the 460 houses. Through this process, each one of the households now knows their boundaries. Meanwhile, the process of boundary identification has not been without challenges: It was noted that some households had encroached on the road reserve and in other people’s plots. Through the regularization committee, the beneficiaries managed to resolve the issues through contact and dialogue. During the reprint period, the committee and some beneficiaries were trained in regularisation, supporting them to understand the process of regularisation and how to manage it. This training helped the committee to setup rules, which they have employed in dealing with the encroachers. Meanwhile, the formal handover of land from the Ministry of Lands to the Blantyre City Council has happened. For this handover to be possible, the project supported a cadastral survey that was done through consultant in the first quarter. The cadastral survey provided an outline of the land that was to be transferred to the Blantyre City Council and a record of survey reference. The final copy of the land actually transferred to the Blantyre City Council. Using the project funded survey, the Ministry of Lands had enough documentation to formalise transfer of the land to the council. This transfer has effectively given the Council full administrative powers to handle land titling, which will start in early August, once the community applications are processed and paid for. At this time the Council has communicated to the project about the land transfer, which has been done in principle as the actual title is awaiting the Minister of Local Government. The position of the Minister of Local Government is yet to be filled since the last minister passed on. However, the Council has the administrative powers in principle and can proceed with issuance of the titles. 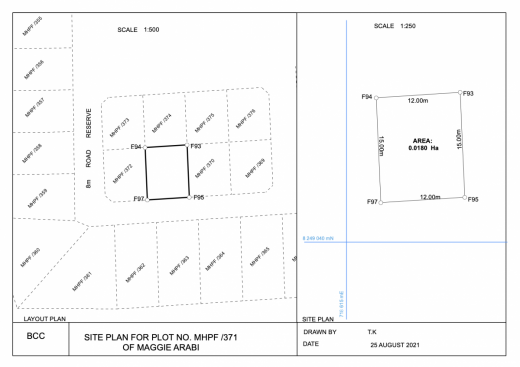 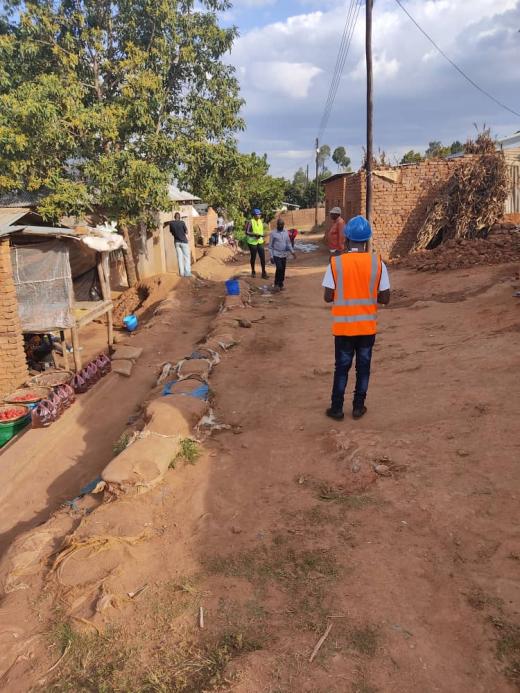